The Financial Action Task Force (FATF) today released the outcomes of its recent FATF Plenary, the last under Chinese presidency, which was held virtually from 24 to 27 June 2020.

This includes a status update on its two virtual asset-focused strategic initiatives: the 12-month review conclusion for virtual asset service providers (VASP) regulation (the so-called “Travel Rule”) and a G20 report on stablecoins.

Most importantly, the FATF will continue its enhanced monitoring of virtual assets and VASPs by conducting a second 12-month review in June 2021, and assess whether the FATF Standards need to be further updated.

The FATF’s latest publication also details the outcomes derived from the plenary’s discussion of the 12-Month Review on the Travel Rule, as well as the new key priority of its new German president to utilize technology that can digitally transform its anti-money laundering and counter-terrorism funding (AML/CFT) efforts.

The year-long review process, kickstarted in June 2019, undertook to monitor how its 200+ affiliated member countries and their domestic virtual asset service providers (VASPs) respond to the FATF’s updated June 2019 guidances on virtual assets.

Earlier, on 16 June, the FATF Contact Group, a consortium of regulatory and technical exports established by the FATF, discussed the current state of the industry’s response and technical solutions available to VASPs.

The FATF’s official 12-month Review will be published in early July 2020.

In its FATF June Plenary 2020 report, published on 30 June 2020, the FATF shared the following outcomes on virtual asset regulation:

The report notes that both the public and private sectors as a whole have made progress in implementing the revised FATF Standards to reduce the risk of money laundering (ML) and terrorism funding (TF).

The FATF will continue to strengthen its oversight by conducting a second 12-month review of countries’ Travel Rule frameworks in June 2021. This will also assess the need for further updates to its standards.

In the interim 12 months, FATF will continue to work with the private sector to foster a bettering understanding of the ML/TF risks associated with the use of virtual assets.

This will include publishing “red flag indicators” and case studies by October 2021, including the creation of a global standard for the management of these assets.

The Task Force will publish its 12-Month Review of the Revised FATF Standards on Virtual Assets/VASPs report on its website in early July 2020.

In October 2019, the G20 asked the FATF to investigate AML and CFT issues related to so-called “stablecoins” with mass adoption potential. The plenary has ratified the FATF’s G20 report on this matter and it will be used to enhance similar work by the International Monetary Fund (IMF) and others.

The FATF G20 Stablecoin Report, to be published in early July, confirms that the FATF Standards “clearly apply to so-called stablecoins and that no further amendments to the Standards are required at this time.”

As this is a rapidly changing field, the report recognizes the importance of continuing to track money laundering and terrorism funding risks, such as anonymous P2P transactions via unhosted wallets.

Four other monitoring points will be included, such as whether the FATF Standards will need to be further updated and further guidances for jurisdictions developed.

The FATF presidency of China’s Xiangmin Liu has now officially concluded. He will be succeeded by new president Marcus Pleyer, who will be FATF president for a 2 year period that commenced on 1 July 2020.

A key priority under the German presidency will be to “harness the potential of technology for the digital transformation of AML/CFT.”

Mr. Pleyer’s other key priorities will be to negate the challenges created by COVID-19 and continue with the Strategic Review and strengthening of FATF’s global network.

The FATF report also credited the FATF Contact Group for its efforts. The group was established last year to facilitate enhanced communication between regulators, technical and regulatory experts, and the crypto-asset industry on particularly the FATF Recommendation 16 on Wire Transfers’ “Travel Rule” update.

The FATF’s post-Plenary report provides little to no real surprises for crypto industry insiders, and a continuation of its 12-month review process was widely expected.

It should be encouraging to the crypto industry and VASPs in particular that the FATF is taking a consistent approach to regulating virtual assets in the new decade and willing to allow the industry to iterate on solutions and frameworks in order to deal with issues like the “sunrise problem”. 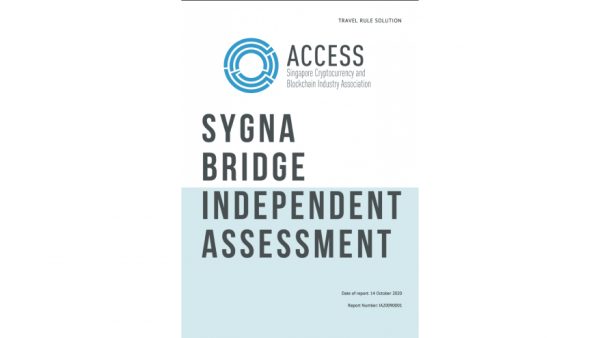