Coinbase, the US-based crypto exchange and Nasdaq-listed company, disclosed on 7 September 2021 that it has discontinued its Lend program after receiving a Wells Notice from the SEC. A Wells Notice is a formal document or declaration from the SEC that its staff intends to recommend that a civil enforcement action must be taken against an individual and/or firm.

Intended to be an alternative to low-interest rates given by centralized financial institutions, the Coinbase Lend program was planning to allow users to stake the stablecoin USDC with a base starting rate of 4% APY (annual percentage yield). The average APY in the US where Coinbase operates is 0.06 in the savings account of a bank or credit union.

The SEC has launched a number of lawsuits related to alleged cryptocurrency security violations in recent years, such as the BitConnect Ponzi scheme in September 2021, where a lending program was falsely advertising and misleading investors by selling them “unregistered digital asset securities” without registering the security offering with the commission, as well as not registering themselves as broker-dealers.

New chairman Gary Gensler, a former MIT professor in blockchain technology, has been outspoken on how non-regulation of the crypto industry can be exploited to the detriment of retail investors and has promised a stronger stance against DeFi for example.

Prior to Bitconnect, and more relevant to the crypto industry at large, the SEC came after Ripple and two of its executives in December of 2020 for the “sale of digital assets known as XRP in an unregistered securities offering to investors in the U.S. and worldwide.”

There are also rumors that the SEC is investigating leading decentralized exchange Uniswap for securities violations pertaining to its software and governance token UNI.

What makes the Coinbase legal battle different from other SEC lawsuits?

Unlike other targets of the SEC, Coinbase has been engaging in a proactive fashion with the commission for half a year and took the Lend program to them before officially releasing it to the public, likely to ensure that there would be no fallout that could harm their successful IPO in April this year and share price.

Coinbase is adamant that the Lend program doesn’t qualify as a security, as it is not an investment contract or a note. Instead of “investing” capital and providing it to Coinbase, they would be lending the USDC they own on the platform, which could easily be returned on request if they were to opt out of the program.

In a revealing blog post penned by Coinbase’s chief legal officer Paul Grewal with the title “The SEC has told us it wants to sue us over Lend. We don’t know why“, the exchange alleges that the SEC informed it that it considered Lend to involve a security, but would not comment on how this conclusion was reached. The SEC also requested the details of each person on the waitlist for the Lend program, which Coinbase refused to provide.

How will Coinbase interact with the SEC in the future?

During the Techcrunch Disrupt 2021 event, the CEO and founder of Coinbase, Brian Armstrong commented on the current relationship his company has been nurturing with the SEC, in an attempt to help steer legislation.

After revealing Coinbase is preparing a draft to be considered as a regulatory framework by federal lawmakers, Armstrong stated :

“Coinbase wants to be an advisor and a helpful advocate for how the U.S. can create that sensible regulation.” also adding “in fact, there’s a proposal that we’re putting out at the end of this month, or maybe early next month, that is our regulatory framework.”

Does Coinbase have an incentive to continue working with the federal government?

It is important to note that Coinbase has an interest in helping bring regulation and clarity to the federal government’s cryptocurrency policy, as it currently employs 50 state regulators, and 50 people to maintain lending licenses. Broad federal regulation would remove the need for so much manpower at Coinbase, alleviating the need to deal with each state regulator individually, all of which may have a different state law related to what Coinbase can offer customers in that state/region.

Coinbase is also operating on a net loss with the U.S. government, as it was fined $6.5 million in March this year for violating rules against wash trading and publishing misleading information, both of which could have jeopardized public trust in digital asset management.

Several times in the past year, Coinbase has signed agreements with federal agencies, including:

While these deals do not constitute a large amount in terms of the overall revenue for Coinbase, which made $1.8 billion in earnings in Q1 of 2021, multiple government deals could be a sign that Coinbase has more plans in the future involving aid and benefit from federal legislation, and may side with federal regulations instead of retail customers over issues like privacy, asset management, or the example of the month, lending programs that could challenge traditional banks. 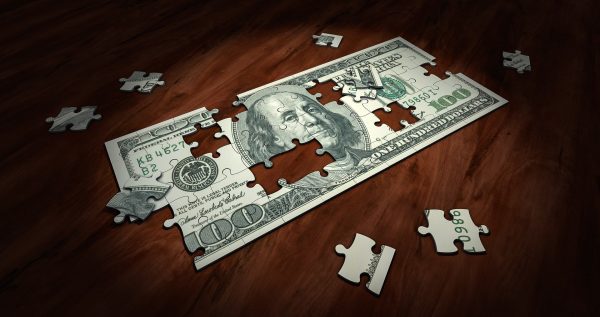