Sygna Bridge 2.0’s adoption of IVMS101 is significant as it marks one of the first actions taken by a technical solution provider (TSP) in the crypto-asset industry to ensure that its Travel Rule network data is cross-compatible with that of other providers.

This follows Sygna Bridge’s May 2020 production report in which CoolBitX shared with the FATF Contact Group proof of its successful Travel Rule data transfers between leading exchanges SBI VC (Japan), Bitsonic (Korea) and BitoPro (Taiwan). The report was audited and verified by a Big Four accounting firm.

In early May 2020, the JWG unveiled the result of this collective effort, the InterVASP Messaging Standard (IVMS101).

Why IVMS101 is important to the crypto industry

IVMS101 is the first successful crypto industry-wide effort to unify Travel Rule compliance services and make them cross-compatible. This is an important achievement.

Most VASPs will likely interact with more than one Travel Rule solution used by a counterparty VASP during virtual asset transmittals, due to daunting linguistic, jurisdictional and cultural challenges associated with implementing the Travel Rule across the FATF’s 200+jurisdictions.

For example, there are huge linguistic and date order variations across English-speaking countries alone, and it gets worse when dealing with VASPs in Asia, Europe, and the Middle East.

To illustrate, how would the date 5 July 2020 be recorded around the world? Here are 3 versions:

Uniformly romanizing (transcribing to English) people’s names is a long-standing problem in countries that use non-Latin alphabets, such as Cyrillic (Russia), Hanzi (China), Kanji (Japan) and Hangul (Korea).

IVMS101 helps to bridge these issues by ensuring that participant TSPs incorporate a fixed set of data formats into their offerings.

For CoolBitX, the creator of Sygna Bridge and the CoolWallet S hardware wallet, its mission since its inception in 2014 has remained a constant: Making virtual assets safer and easier to use.

As a pioneering Travel Rule solution provider with an expanding footprint in Greater Asia, CoolBitX’s senior team members convened frequently with the JWG from January until May.

CoolBitX was a founding supporter of IVMS101 when it was unveiled on 7 May 2020, and pledged to support the messaging protocol as soon as possible with its Syna Bridge API. This is a promise the development team has now delivered on.

Sygna Bridge 2.0 has an open-source code generator that will enable VASPs to develop their IVMS101 data format with ease, and with multiple programming languages (Java, Javascript, Python, Ruby on Rails).

This should really simplify the process for VASPs.

The repository is still pending at present. CoolBitX will update this article once it has been released on our GitHub page.

Building an IVMS101-compatible technical solution is only half the challenge for TSPs like Sygna Bridge. Next up is implementing and testing it in practice.

CoolBitX will continue to promote the adoption of IVMS globally, by collaborating with other TSPs to establish Proof-of-Concept (PoC) data that validates the live implementation of IVMS101.

CoolBitX will implement these improvements in Sygna’s V3.0 product release later in 2020. 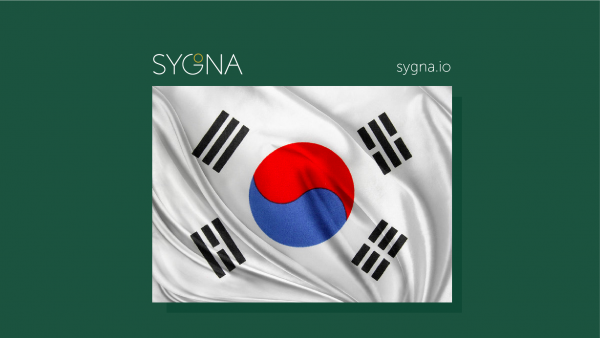