The collapse of the TerraUSD (UST) algorithmic stablecoin and its LUNA governance token sent crypto markets and investor confidence tailspin from which they have yet to rebound. Meanwhile, continuing economic anxiety over Federal Reserve rate hikes, skyrocketing inflation, the specter of a U.S. recession, and general global instability are compounding the problem.

Unfortunately, the $60 billion Terra collapse will likely expedite increased regulatory scrutiny towards stablecoins – the asset class at the heart of the current crisis and one that has been in the crosshairs of regulators for years due to concerns about their impact on the US Dollar as well as the legitimacy of their collateralization claims.

While it’s still too soon to say exactly what that regulation may look like, we are beginning to hear murmurs of concern in jurisdictions significant to crypto, such as the United States, the United Kingdom, Korea, and Singapore, as well as global AML watchdog the Financial Action Task Force (FATF). It’s naive to think the Wild West environment that allowed the likes of founder Do Kwon and his company Terra Labs to grow their algorithmic stablecoin to tens of billions of dollars in market cap with barely any legal oversight will exist for much longer.

A Brief History of the Terra LUNA Implosion

TerraUSD is an algorithmic stablecoin, which means that it was supposed to maintain its peg without the need for massive reserves of other assets. Other stablecoins such as USDC (Circle) and USDT (Tether) collateralize the dollar-pegged tokens they issue with substantial reserves (though whether they are deeply backed enough is debatable). In the case of TerraUSD, the stablecoin was tied to the governance token LUNA, and either token could be burned to deliver the holder an equivalent quantity of the other. The theory, as it went, was that the arbitrage opportunities generated by the arrangement would be enough to maintain the peg – and this theory worked very well until it didn’t.

The trouble began when a large withdrawal, which some have speculated (without evidence) came from a hedge fund, led the stablecoin into a cycle of selloffs that caused its peg to begin to break free of the one-dollar mark. As the days went by and the token prices for both TerraUSD and LUNA spiraled ever closer to zero, the Luna Foundation Guard (LFG), an entity tasked by TerraLabs with defending the stablecoin’s peg using over $3 billion in Bitcoin and other reserves, sunk huge amounts of funds into the doomed venture. Ultimately, the LFG was left with around $80 million in assets that are now being contested by many parties, and almost everybody who invested in either UST or LUNA was left holding the bag. Meanwhile, the Terra legal team quit mere days before Do Kown has been summoned to appear in front of the Korean parliament. Even though Terra Labs are based in Singapore, the Terra meltdown has undoubtedly caused some embarrassment and reputational damage for the crypto industry in South Korea, a cryptocurrency-crazy country where there have been hopes that heavy regulation of the industry would be alleviated by the election of their new pro-crypto president.

While much has been said by industry insiders and in some cases regulators in the past couple weeks, it still remains unclear what will actually happen. That said, it’s a safe bet that we will see regulations of the stablecoin asset class in the short- to medium-term future. Let’s take a look at what might happen in a few different countries and then get into what the stablecoin industry is saying about itself.

In testimony to Congress following the UST crash, US Treasury Secretary Janet Yellen called for regulations of the stablecoin sector and said the Treasury had a report underway on the matter. However, she was quick to point out that at least for the moment, she would not “characterize [stablecoins] as a real threat to financial stability.” She added that they are comparable to the age-old problem of bank runs.

Without commenting on the prospects of regulation, US Securities and Exchange Commission Chair Gary Gensler, who recently said he would double the size of his crypto task force, commented that he thought the collapse of UST would lead to the collapse of a lot of other tokens, and he worried the loss of investor confidence could have a wider impact.

The UK’s Financial Conduct Authority recently stated that the TerraUSD implosion “will absolutely need to be taken into account” when the agency collaborates with the UK’s Treasury to devise regulations later in the year. The country had said back in March that a regulatory framework for digital assets was in the works, which was likely to include stablecoins – though a consultation had previously said that algorithmic stablecoins would be left out.

In South Korea, the home country of Do Kwon, the parliament has called for hearings on the Terra Labs fiasco, and national authorities have said there will be an “emergency investigation” into what transpired. Kwon and his partner Daniel Shin are also facing a roughly $100 million tax bill related to their activities. They claim they should not have to pay because their company was registered in Singapore.

In Singapore, there has been a flurry of police reports filed by irate investors over the scandal, though there hasn’t been any action taken by the authorities just yet. The government is aware the city-state is being used by many essentially foreign crypto entities for registration purposes, and in April, it passed a bill with anti-money-laundering (AML) provisions related to domestically registered crypto companies that transact abroad. The country has been trying to present itself as a well-regulated haven for blockchain and crypto, so there’s a good chance that there may be further developments in the government’s handling of Terra Labs.

Circle CEO Jeremy Allaire, whose company oversees the centralized stablecoin USD Circle (USDC), has said that there are “very viable” regulatory proposals that could be implemented to improve the crypto industry. Furthermore, he said, the recent crisis may serve to catalyze their implementation. Quick to point out the distinction between algorithmic stablecoins like UST and his own (which is centralized), he cheered the prospect of increased regulatory clarity, saying it was the major obstacle to bringing mainsteam adoption to the space.

It’s worth noting that after the UST debacle, rumors began circling that the world’s most popular stablecoin USD Tether (USDT) would be next. Indeed, USDT briefly lost its peg, before its issuers published a new report to calm market fears, explaining how its collateralization was strengthened with stronger underlying assets.

Algorithmic stablecoins have an obvious allure – the possibility of spinning gold out of nothing – but just as many alchemists were left with broken dreams in the Middle Ages, the LUNAtic believers in Terra Luna have been experiencing a rough ride. While Do Kwon and Daniel Shin may never work in crypto again, their impact on the industry will be felt for years to come. Algorithmic stablecoins will likely make a comeback at some point, but for now, the idea is all but dead, despite new coins being developed like Cardano-based Djed. What’s crucial is that smart regulation makes a distinction between soberly managed stablecoins backed by appropriate reserves and the likes of Terra Luna, which is likely to go down in history as an enormous Ponzi scheme, albeit one with noble intentions. 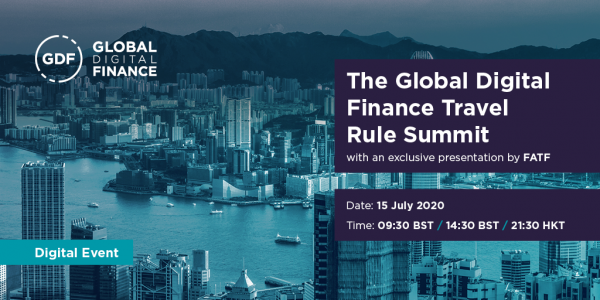