The Financial Action Task Force (FATF) is the world’s leading anti-money-laundering and combating-the-funding-of-terrorism (AML/CFT) watchdog created by the G7 in 1989.

Integral to its success is a small group of financial crime experts that help the FATF execute its vision by working with member countries and getting them on board.

The FATF Secretariat has a specific mandate to help support the FATF and ensure that its 40+9 Recommendations, such as 2019’s Recommendation 16 FATF Travel Rule, are disseminated to and implemented by its 200+ affiliated member countries and global network.

The FATF Secretariat is funded by the FATF and its members and is located in the Organisation for Economic Co-operation and Development (OECD) headquarters in Paris, France.

Who is the current FATF Secretary?

He was also a senior member of the National Crime Agency and is a trusted advisor to the UK Government on the combating of money laundering and terrorism financing.

Purpose of the FATF Secretariat

The FATF Secretary has the responsibility to lead the FATF Secretariat into pooling together the collective skills and knowledge of governments worldwide in order to create a cohesive and effective global front against money laundering, terrorism financing, illicit behavior as well as the proliferation of weapons of mass destruction.

In short, as Mr. Lewis put it in a speech at the Barcelona AI and Blockchain Summit in November 2019, it is to protect society against the harm of serious crime.

The current FATF secretary has been open about the challenges he and his organization face. In this candid interview, Mr. Lewis talks in-depth about governments’ reluctance to cooperate and the guile of criminals who often outsmart and outpace regulators at every corner.

Duties of the FATF Secretariat

Inside the FATF Secretariat Organization

The FATF Secretariat is a multicultural and multi-lingual professional organization that consists of 40 highly skilled employees, support staff and experts from 15 countries who speak over 10 languages and have a collective wealth of experience and knowledge on Anti-Money Laundering (AML) and Counter-Terrorism Financing (CFT).

The FATF Secretariat lives by distinct values. They are:

The nine FATF-Style Regional Bodies (FSRBs) expand the FATF’s reach from its 39 member countries to over 200 affiliated member countries covering every important jurisdiction in the world, such as Africa, the Asia Pacific and the Carribean, to name a few.

However, the FSRBS are independent organizations that do not fall under the direct control of the FATF. Instead, they work together by mutually evaluating AML/CFT deficiencies and conducting peer reviews. In 2012, the FATF Plenary helped to fortify this interdependent relationship by defining the rights and duties that apply to the task force and its regional bodies in the guidance titled “High-Level Principles and Objectives for FATF and FSRBs”

These principles, updated in 2016 and 2018, form the foundation for the FATF’s Global Network Coordination Group (GNCG), an internal working group that is chaired by both a FATF and FSRB member each.

The FATF Secretariat and the R.16 “Crypto Travel Rule”

With the official adoption of the FATF’s Recommendation 16 on Wire Transfers, commonly referred to as the FATF’s “Crypto Travel Rule” in June 2019, and a 12-month deadline for countries to adopt the new guidance or face the threat of blacklisting, Mr. Lewis and his working groups have been hard at work to relay and explain the task force’s requirements to member countries. In addition, the Secretary is also helping to facilitate the development of regional frameworks that would help virtual asset service providers (VASPs) share transmittal information in accordance with the R.16 where possible.

FATF Secretariat and other organizations

The FATF Secretary has represented the FATF since 2016 in G20 meetings and conferences of Finance Ministers and Central Bank leaders. Mr. Lewis assists the task force’s President (currently China’s Mr. Xiangmin Liu) and acts as the G20 Deputy for the FATF.

He also works closely with influential global organizations such as the International Monetary Fund (IMF), World Bank, G20, United Nations, Egmont Group and other institutions in both the private and public sectors.

What are the FATF Secretariat’s goals for 2020?

In a recent online interview, David Lewis expressed his admiration and support of the FATF’s Chinese presidency and revealed three main goals for 2020. They are:

With its ability to “translate” the essence of FATF’s Recommendations to organizations and countries worldwide, as well as flag new AML/CFT threats, the FATF Secretariat is an important cog in world regulators’ fight against money laundering and terrorism financing. 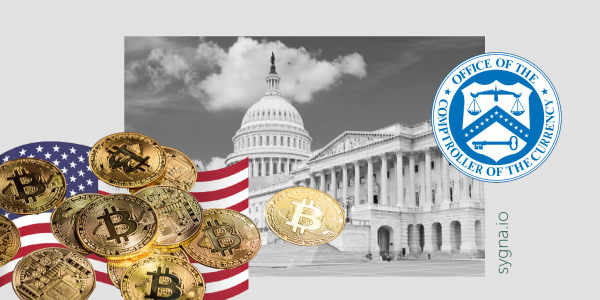