The crypto industry has been playing a cat-and-mouse game with U.S. regulators for over a decade. After a tumultuous 2019 which has seen the SEC, FinCEN, CFTC and DoJ go after crypto companies, 2020 has been relatively muted.

With authorities’ attention dominated by the Covid-19 pandemic, crypto regulatory news and actions have been largely upbeat, thanks to better cooperation between the industry and regulators such as the Financial Action Task Force (FATF).

However, the last quarter of 2020 is yet again delivering ominous clouds in the United States for Bitcoin and company (just as 2019 did) as prices surge (just like 2017).

The crackdown on leading exchange BitMEX on 1 October by the U.S. Department of Justice (DoJ) and the Commodities and Futures Trading Commission (CFTC) has heralded in a fresh wave of regulatory actions that have made it clear that crypto companies are still very much on the radar of U.S. federal regulators. Knives seem to be out for especially private wallets, stablecoins, and decentralized finance (DeFi) protocols.

This has forced noted crypto captains of industry in the U.S. to publicly lambast authorities’ failure to create a consistent and clear regulatory framework.

According to the country’s top federal banking regulator, the U.S. is mulling rolling out new cryptocurrency regulations in the coming few weeks, something echoed less positively by others (see further down).

Comptroller of the Currency (COO)  Brian P. Brooks said that the incoming crypto regulations are aimed at providing clarity, rather than banning bitcoin.

However, Brooks’ statement and assurance to focus “on getting this right” has been met with market uncertainty and renewed criticism. Many Democrats such as Rep. Maxine Waters are also looking to undo his crypto reforms this year.

Brooks was appointed to the Office of the Comptroller by controversial outgoing president Donald Trump and his detractors view his positive reforms (such as clarifying banks’ legal position on offering crypto custodial services) as shortsighted and rushed.

The influential Ms. Waters is the House Financial Services Committee chair and also went after Libra in 2019. While her concerns have merit, this largely regressive standpoint on digital currencies is lamentable and may continue to hamper the U.S.’ influence in the growing crypto sphere as innovations like DeFi continue to outpace regulations.

Brooks, a former Coinbase legal officer,  echoed the sentiments of AML regulators across the globe that cryptocurrencies need to be watched to prevent them from being used as a vehicle for financial crimes such as money laundering and terrorism financing.

The top financial regulator highlighted that new regulations could work as a catalyst in fostering crypto adoption by major traditional financial players, as was demonstrated this year when online payments giant PayPal caused the price of Bitcoin to spike after unveiling a new service that allows its U.S. customers to buy and sell cryptocurrencies. Unfortunately, Brooks may be a casualty of the election result, even though he was appointed for 4 years by Trump.

This bill, if given the green light by the United States Congress, would make it illegal for an individual or entity to issue a stablecoin without getting approval from the FED, Federal Deposit Insurance Corporation (FDIC) and appropriate banking bodies six months before the issuance.

The STABLE bill is aimed at protecting consumers from risks offered by new digital payment solutions such as Facebook’s Libra coin, which has since rebranded to Diem and will launch in 2021.

According to a press statement,

“Digital currencies, whose value is permanently pegged to or stabilized against a conventional currency like the dollar, pose new regulatory challenges while also represent a growing source of the market, liquidity, and credit risk.”

“…From the OCC to the Federal Reserve to those peddling stablecoins, the protections the STABLE Act would make possible are more needed than ever amid a pandemic that will breed riskier financial decisions out of necessity because our federal government continues to fail us all by not providing adequate relief legislation.”

Stablecoins are an essential part of the crypto ecosystem, allowing market participants to enter and exit with ease and protect their portfolios in times of turmoil, or even earn high interest or yield on staked assets. Outlawing stablecoins would have a devastating effect without a doubt and impact the whole industry.

This is not an outlier proposal though. In 2020 regulators worldwide have begin to put these stable assets in their crosshairs, due to the risk they pose to the traditional financial system.

For example, the European Union is currently reviewing stablecoin regulations in addition to its new Markets in Crypto-Assets (MiCA) proposal.

Coinbase co-founder and CEO Brian Armstrong pulled no punches and caused a drop in the price of Bitcoin when he addressed rumors on social media that the Trump administration and U.S. Secretary of the Treasury Steven Mnuchin, an outspoken critic of cryptocurrencies, are planning to issue new regulation on self-hosted crypto wallets before his term expires in January.

He himself under fire himself for Coinbase’s alleged toxic and discriminatory work environment, Armstrong explained that regulating self-hosted crypto wallets “would have unintended side effects.”

Self-hosted wallets, also known as self-custody or non-custodial wallets, allow users to store and use their digital assets without the need for financial intermediaries like banks. These wallets are important because they allow anyone to access basic financial services in the same way that anyone with a computer or smartphone can access the internet, argued Armstrong.

Armstrong assumes that the proposed regulation would require financial institutions like his cryptocurrency exchange to collect identifying user information. He further pointed out that in the long run, the regulation compromises America’s status as a financial hub.

Was the Coinbase CEO’s public concerns just a clever PR ploy to shift attention away from his own company’s troubles by tanking the Bitcoin price, or does Armstrong’s concerns have merit? Only time will tell.

Ripple CEO Brad Garlinghouse has backtracked on his plan to relocate the financial technology company from San-Francisco to London. Garlinghouse said in October the company was considering the move due to regulatory uncertainty on home soil.

Garlinghouse said the company has no strict timeline for the relocation. He is optimistic that the incoming Biden administration could improve things for Ripple, which is linked to the XRP, the third-largest cryptocurrency by market capitalization.

The startup has long painted itself as a regulator-friendly firm. However, Ripple is not comfortable with regulatory uncertainty from financial watchdogs such as the U.S. Securities and Exchanges Commission (SEC). The company has been the target of the U.S. regulators for a while now, and was fined by the Financial Crimes Enforcement Network (FinCEN) in 2015 in the first civil enforcement against a virtual currency exchange.

The continued regulatory impasse in the U.S. has delivered no winner, and is only damaging the growth of the emerging crypto market and the country’s standing as a financial hub. There is a very fine line between accelerating adoption and stifling innovation, two of the major mandates for any financial regulator.

The new proposed regulations such as the STABLE Act and the rumored plan to control the use of self-hosted crypto wallets could devastate the country’s innovative crypto sector, in which case, they would be forced to move to more friendly jurisdictions like Singapore or Switzerland.

Users in turn could be increasingly driven in the arms of decentralized exchanges (DEX) such as UniSwap, where they can (for now) directly transact with each other without regulatory intervention.

It’s very late in the day when billion-dollar companies like Ripple and Coinbase publicly lambast U.S. regulators and threaten to relocate. It’s clear that action is needed in 2021.

China has since done a U-turn and thrown their full weight behind digital currencies and blockchain technology, as they’re looking to scale their Blockchain Service Network and digital yuan CBDC not only domestically, but globally in some parts.

The U.S. is currently losing the battle for the future of digital finance right at the starting blocks. Their regulators need to start pulling in the same direction or risk playing catch-up for the next decade or two. 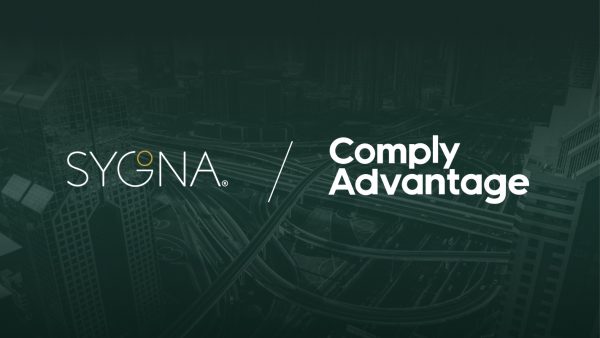