On March 9, the White House issued an executive order (EO) on digital assets that is sparking hopes that the US may be preparing to take a lighter touch to regulation than many had feared and provide much-needed regulatory clarity, as requested by industry heavyweights like FTX and Binance earlier. The EO isn’t itself regulation but rather provides only the outlining of six priorities for the government to research in preparation for a framework due on President Biden’s desk in six months, which will be followed by a full report in one year.

The summary of the EO opens on an upbeat tone, with mentions of crypto’s market cap last year surpassing $3 trillion, the 16% crypto adoption rate among American adults, and the fact that over 100 countries are now exploring central bank digital currencies (CBDCs). Kristin Smith, executive director of the Blockchain Association, the foremost crypto lobbying group in the US, called Biden’s EO “a major milestone” for the industry.

With the world of crypto cautiously optimistic about the prospects for intelligent regulation, let’s take a look at what has everybody in such good cheer despite bearish market conditions and another EU Bitcoin mining ban on the table, and what we can glean about the intentions of the US government going forward.

The first aspect to note about the EO is that it’s only an indicator of where the Biden administration is taking an interest. We still have no idea about any specific regulatory conclusions on the part of the White House, nor do we know how any future legislation will be received in the notoriously deadlocked US Congress.

What we do know is that the White House is putting an emphasis on six categories: consumer protection, the stability of the financial system, anti-money laundering (AML) and counter-terrorist financing (CTF), maintaining US economic and technological leadership, equitable access to financial services, and ensuring responsible development of the crypto industry.

The White House is signaling an interest in protecting consumer and business interests, possibly through mandated cybersecurity standards, from the kind of exchange failures that have led to billions in losses for users as well as breaches of personal data. The emphasis here appears to be on the regulation of centralized exchanges.

Leaning on the mantra of “same business, same risks, same rules,” the EO states an intent to ensure that what it calls “digital asset trading platforms” are abiding by the same standards as their traditional finance counterparts. There is a mention of the systemic risks that the rapid expansion of the crypto sector poses to markets, and it’s suggested that novel regulations may be required beyond the simple application of securities law, etc., to digital assets.

Beyond the boilerplate about money laundering and illicit finance, the EO appears to offer decentralized finance (DeFi) as a target for regulation, even describing peer-to-peer ecosystems as a potential national security risk. Also mentioned is the lag between jurisdictions in implementing the standards of the Financial Action Task Force (FATF) – also known as the “sunrise problem”, a problem that is currently allowing cybercriminals to flourish worldwide.

4. Maintaining US Economic and Tech Leadership

This is the section being taken by the crypto community as the bullish indicator that the Biden administration is serious about allowing the industry to develop without stifling regulations. The EO specifically name-checks dollar dominance and adds that maintaining US leadership in the global financial system is the reason to stay ahead of the curve in the digital assets industry. National security is essentially being tied to the healthy development of crypto in the US, with the implication being that Biden does not want to overregulate.

Acknowledging that some Americans are underbanked and poorly served by legacy financial architecture, the EO pays special attention to expensive cross-border payments and transfers.

The tie-in of Biden and the Democratic Party’s equity agenda with access to crypto-financial services is another signal that the administration is evolving towards a pro-industry stance.

Here the EO gets into the environmental problems posed by crypto mining and suggests that the government should play a role in guiding the sector on a more carbon-neutral path, as well when it comes to privacy and illicit finance safeguards.

(When) Will the US launch a Digital Dollar CBDC?

CBDC research is described as of the “highest urgency,” and a cost-benefit analysis for both consumers and the financial system is being assigned to the Treasury Department, with input from other agencies such as the Department of Commerce and the Department of Homeland Security. The research is supposed to be delivered in six months, though some say a delay is probable.

Markets reacted favorably to the EO release, with the price of Bitcoin and shares in leading US crypto exchange Coinbase and mining companies like Riot Blockchain all spiking over 10% on the back of the president’s crypto-friendly executive order.

Sam Bankman-Fried, CEO of crypto exchange FTX, took to Twitter to describe the order as “constructive.” Jeremy Allaire, CEO of Circle, welcomed the EO’s attention to the rapid expansion of the sector and its acknowledgment of the flaws in the existing legacy financial architecture. Meanwhile, Nathan McCauley, CEO of Anchorage Digital, said the order clarified that the stance of the Biden administration wasn’t “them-against-us.”

With provisions having been added to the Build Back Better Act last year that would have haphazardly taxed crypto investors to pay for infrastructure spending, it’s fair to say that many in the crypto community had been expecting a heavier regulatory hand from the White House. Although it’s still too early to say exactly what’s in store, the green lights would appear to be flashing on a lot of institutional dashboards.

We’ll have to wait and see what the Biden administration comes up with towards the end of the year and whether they’re able to get it through Congress, which is never a given, despite a small, emerging pro-crypto caucus developing along non-partisan lines. While it’s best to save at least a few bottles of bubbly for New Year’s Eve 2023, it might also be time to start putting at least a few on ice. 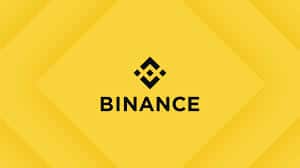