The publishing of the Coinbase DAPP comes after a recent altercation with the US Securities and Exchange Commission (SEC) Chair Gary Gensler that resulted in Coinbase getting issued a warning of litigation if it went ahead with the launch of a new lending program, LEND.

Coinbase CEO, Brian Armstrong, told Bitcoin.com that after “more than 75 meetings with stakeholders in government, industry, and academia,” the company has published its DAPP. In the DAPP, Coinbase recommends “four core pillars to inform future US regulation”.

Faryar Shirzad, Coinbase’s chief policy officer explained that the objective of the proposal is to “engage in the public conversation about the future of our financial system”.

The Four Recommendations of Coinbase’s DAPP

The four core recommendations of the Coinbase DAPP include “a new and digitally-native framework for how [digital assets are regulated] – one that doesn’t encumber innovation, inclusion, and financial empowerment for all sectors of society,” stated Shirzad.

The second recommendation is a suggestion that all end-to-end crypto services must sit within a single regulator and that the authority of this regulator would include a new registration process established for marketplaces for digital assets (MDAs).

According to the proposal, this new regulator would “protect against fraud and manipulation and ensure new issuers were disclosing relevant information”. It has stated that the current regulations are confusing and that they, therefore, result in fragmented oversight.

Thirdly, the exchange suggested that “robust customer protection” should be provided in order to instill customer confidence and that “this can be achieved through enhanced transparency processes, including tailored disclosures to inform purchasers of digital assets”.

Finally, Shirzad stated that Coinbase believes that interoperability and fair competition should be promoted. The company holds that “to realize the full potential of digital assets, MDAs must be interoperable with products and services across the crypto economy”.

Coinbase vs the SEC

Coinbase has recent first-hand experience of what can happen with a lack of regulatory clarity in the US. Being one of the first regulated cryptocurrency exchanges in existence and the very first one to be publicly listed in North America so far, the company is no newcomer to dealings with regulators. In fact, it believes that exchanges should aim to garner positive relationships with regulatory bodies and work with them to help obtain adequate oversight.

In line with this view, Coinbase tried to meet with the US Securities and Exchange Commission (SEC) to discuss a new loaning program called Lend it had intended to launch but was met with litigious threats from the Commission if it went ahead with the program. The SEC had informed Coinbase that Lend was viewed as a security but did not elaborate further.  In light of this response, the company decided to suspend its plans to launch the product and announced that it would focus its efforts on developing a crypto regulation proposal instead.

The altercation with the SEC made the company realize the importance of improving the crypto regulatory framework and adapting it to the needs of modern society. The cryptocurrency and traditional finance industries have continued to diverge to the point where it is no longer possible to apply one set of regulations to both. Therefore, the exchange feels there is a need to create a regulatory framework tailored specifically to the ever-evolving crypto ecosystem.

The proposal states that:

“Forcing the full spectrum of digital assets into supervisory categories codified before the use of computers risks stifling the development of this transformational technology, thus pushing offshore the innovative center of gravity that currently sits in the United States.

“It is time for a clear and comprehensive approach to regulating digital assets and for regulation that is fit for purpose … This requires establishing new laws and oversight structures for digital asset trading and disclosure.”

There have been mixed reactions to the publishing of the DAPP, as, despite it containing noteworthy suggestions, it is unlikely that US lawmakers will use Coinbase’s proposal over the short term. Creating a completely new and separate crypto regulatory agency is extremely costly and time-consuming, and agencies like the SEC and CFTC are likely dead-set on first sorting out their own regulatory borders before they take on industry opinion.

Then again, maybe not. The Financial Action Task Force (FATF) is currently sitting in its October plenary, where it will be releasing its updated guidance for virtual assets and virtual asset service providers (VASP). Initially slated for publication in June 2021, the FATF postponed the document in order to allow it to work through the avalanche of industry feedback it received on its February 2021 draft proposal. This more receptive behavior of regulators could ultimately result in the DAPP not only bearing delayed fruit for Coinbase but the crypto industry at large.

Coinbase has stated that anyone wanting to comment on their proposal can do so on GitHub. 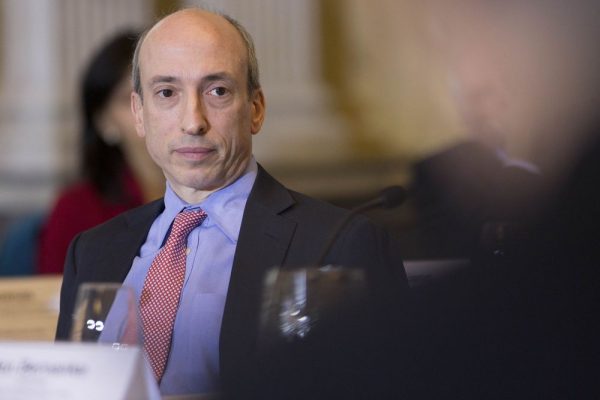