The year 2022 will likely see an expansion of cryptocurrency policies in the UK, building on new regulations introduced in 2021 and a public consultation on the Travel Rule requirement.

A recent report in early January indicated certain members of parliament are seeking expanded regulations that protect investors from being misled into buying risky crypto products. In particular, MPs are seeking a clear differentiation between products or services that function as financial assets and those which they view as more akin to gambling in order to protect the 2.3 million Britons who own crypto assets but might be ill-equipped to understand the technology and risks involved.

The HM Treasury responded on 18 January with a new proposal to regulate cryptocurrency advertising, with these 3 objectives:

Both the UK and the US have recognized the need to regulate crypto-assets and have taken measures to modernize their respective regulatory frameworks. Interestingly, moves in the US have been welcomed by some crypto-analysts, illustrating a consensus that some regulation is necessary.

The new proposal on crypto advertising is a long way in the making. UK MPs have been pressuring ministers and regulatory agencies to adopt more hardline policies towards cryptocurrencies and non-fungible tokens (NFTs) in 2022, with some hoping to push crypto into an upcoming comprehensive gambling review. This move is a reaction to the idea that these digital assets are being perfidiously promoted to the youth and could damage their financial futures.

NFTs leverage blockchain technology to prove possession of items like digital images, which allows for a new form of ownership outside of traditional copyright that even gives the originator of the digital asset a cut of secondary sales. They have grown into something of a buzzword in 2021, with artists producing digital images as NFTs and musicians releasing albums through the technology. English footballers such as Wayne Rooney and John Terry have also gotten in on the action by promoting the sale of an NFT that drew the ire of UK media, while giants of the game such as Lionel Messi are now partly paid in crypto and fan tokens.

The Rise of Fan Tokens

Parliamentarians are especially concerned about products like fan tokens and digital artwork, in the form of NFTs, produced by sports clubs and promoted by online influencers.

Concerns also extended to the plethora of altcoins appearing on the exchanges. While Bitcoin and Ethereum dominate the market — far more volatile and risky tokens are in the mix as well, exacerbating the complexity of the issue.

A lack of clear regulation

Concerns presently center around the lack of regulation governing the sale and marketing of these assets. Indeed, critics argue that such commodities are very similar to speculative investments and gambling but are not as tightly controlled.

Currently, there is no UK agency responsible for regulating crypto-assets, with the closest relevant entity being the Advertising Standards Authority (ASA), which banned advertisements for fan tokens produced by the Arsenal Football Club in December of 2021. In a statement, the ASA said:

“Crypto-assets have exploded in popularity in recent years, but there’s a real danger that people may be drawn in to invest life savings that they later lose based on poor understanding.”

Despite plans to publish further guidelines regarding the marketing of digital assets, the agency may not be equipped to handle their proliferation in the UK. This lack of regulation has led MPs to call for the government to do more to regulate the industry.

Such proposed moves include the following:

The UK Treasury is also said to be in the process of issuing its response to a consultation that ended in 2020 on crypto regulation. According to a Treasury spokesperson, the response will focus on how crypto products are promoted as well as ensuring the assets meet the same standards as other forms of payment.

Following the ASA’s ban of Arsenal’s advertisements, the club’s fan tokens fell in value. The question of whether this drop was caused by the ASA’s ban affecting consumer confidence — or the inevitable result of Arsenal selling snake oil — cuts to the heart of the issue regarding cryptocurrency and its regulation.

Looking forward, it is clear that some regulation is necessary to facilitate the mass adoption of cryptocurrency and that using celebrities to sell questionable assets to unknowing youth is problematic. However, last year’s mining ban in China illustrates that overreach only moves business and innovation abroad.

Most people in the crypto ecosystem accept that there are bad actors in their industry that influence consumer and government confidence in what is otherwise a revolutionary and potentially world-changing technology. Despite this, regulation has a known tendency to stifle innovation. With this in mind, the community is cautiously optimistic with regard to the changes taking place in the UK. The proposals so far have been reasonable, but things change fast in crypto. 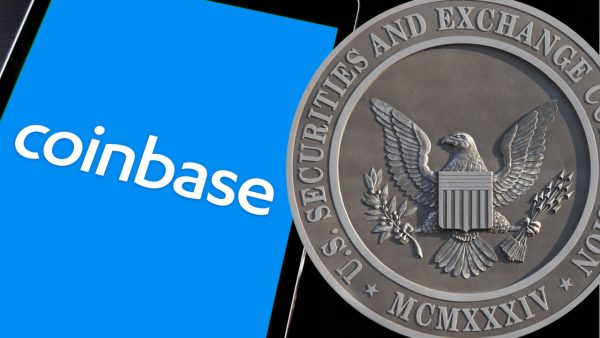