A recent speech made by the United Kingdom (UK)’s economic secretary is signaling a possible broader adoption and more lenient regulation of digital assets in the UK. On April 4, a series of announcements conveyed the UK’s intention to mint non-fungible tokens (NFTs) as a sign of its commitment to staying ahead of modern financial technology trends.

While the UK is not the first central government in Europe to mint an NFT, it is notable because London is the continent’s financial capital. Indeed, London’s ideal placement within the global economy makes the move particularly significant, as it could be a bellwether for future institutional adoption and acceptance of blockchain-based digital assets. The UK move comes after a troubling licensing rollout for virtual asset service providers (VASPs) on the island that has seen several crypto companies withdraw their applications recently. HM Treasury is currently conducting a public consultation of the Travel Rule’s domestic implementation as well.

Why the UK is minting NFTs

Rishi Sunak, the United Kingdom’s treasury minister, has asked the Royal Mint to create an NFT in a symbolic effort to embrace emerging economic trends. The move was announced in a speech made by Economic Secretary John Glen at the aptly titled Innovative Finance Global Summit. Mr. Glen stated that Sunak had asked the Royal Mint to make the NFT and issue it in the summer, saying that it would be an “emblem of the forward-looking approach we are determined to take.” He added that there is an opportunity to build on the country’s existing strengths in fintech and harness its “capitalist energy” to “unleash the potential” of crypto.

What is the Royal Mint?

The Royal Mint Limited is a UK government-owned company that produces coins, medals (such as the 2012 Olympic Medals), and metal bullion for the UK and several other countries and organizations. This mint has existed in some form for over a thousand years, and its decision to introduce graphics cards alongside its smelters is a significant historical landmark for cryptocurrency and the UK. Indeed, having the entity that is responsible for printing the nation’s money mint an NFT confers an extraordinary recognition to the cryptocurrency ecosystem.

What the UK’s NFT minting means for crypto

Despite coming from the very highest levels of government, there is a chance that the move is merely a publicity stunt. Indeed, few details regarding the nature of this token have been defined. Whether it will be used as currency or as something more similar to a commemorative coin (both of which the Royal Mint already produces) is yet to be seen. Consequently, those brave souls seeking to exchange their Pounds Sterling for Bit$hilling might have to wait a little longer.

Despite this, it shows that the UK is taking the technology seriously and is acknowledging its potential. Likewise, it demonstrates a certain degree of confidence in the British government’s ability to regulate digital assets effectively.

In addition — while frustrating for those in the crypto-community bent on rapid adoption — the UK’s slow and careful approach is likely the right one. An unsuccessful launch of an untested technology could be damaging to all parties involved (and every UK citizen).

The move also signals a change of approach with regard to blockchain — one defined more by the carrot than by the stick. In contrast to actions taken earlier this year, which saw football clubs sanctioned for predatory NFT advertising practices, the move demonstrates an emerging acceptance of the technology’s potential in Britain.

Furthermore, having a significant international economic player on the world stage embrace NFTs, even symbolically, will help engender acceptance of the technology among laypeople.

The United Kingdom is arguably one of the top-three most important financial players in the global economy. Therefore, the decision to mint an NFT by its central government is significant no matter what solution the Royal Mint manifests. Be it a token for public distribution or a digital crown jewel locked in the Tower of London, the symbolism speaks for itself.

The move demonstrates the UK government’s willingness to modernize, the importance of blockchain to the future of the global financial system, and a confidence in their ability to regulate a technology that they were only very recently highly skeptical about.

Additionally, the NFT announcement coincides with the news that the UK plans to create its own regulatory architecture for crypto that is supposed to resemble the European Union’s Markets in Crypto-Assets (MiCA) framework, which is currently moving through the EU’s legislative corridors. The UK’s Treasury had also in February put out a report that said the country needed to “act quickly” to maintain its status as a crypto hub by drafting a regulatory framework to help keep pace with developments in the space and offer a bulwark against legal uncertainties.

Likewise, the move, alongside several comparable ones in the US, such as the Biden administration’s generally bullish executive order on cryptocurrencies, will likely inspire increased confidence in the viability of the technology and pave the way for future adoption. In sum, having the Royal Mint add NFTs to its historic portfolio of coinage is by any measure good news. 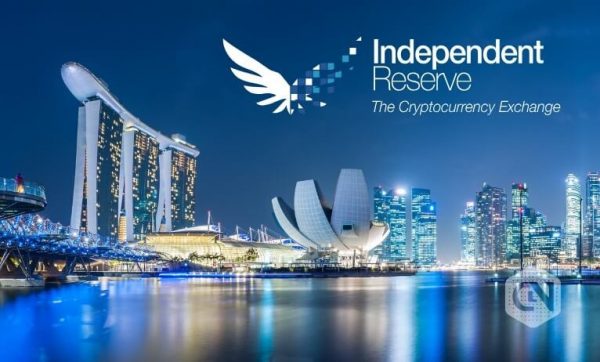 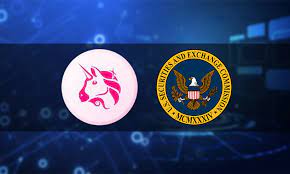