In early June, the non-fungible token (NFT) industry met its most serious legal challenge yet, when the US Department of Justice (DOJ) filed charges against Nate Chastain, the former head of product at the NFT marketplace OpenSea. Chastain is alleged to have front-run NFTs by purchasing them before they were featured on the OpenSea homepage and then selling them after the publicity boost.

Some have speculated that the case is likely to affect the NFT industry generally, as the criminal complaint frequently mentions “insider trading,” a term typically reserved for cases involving securities. But are NFTs actually securities? And what would it mean for the industry if they were to be classified as such? Read on for the full story with analysis.

The Scandal at OpenSea

The incident that led to the charges came to light in September 2021, when Twitter users brought it to OpenSea’s attention that Chastain had been engaging in suspicious trading behavior.

Accusing the former product manager of buying NFTs right before they appeared on the main page and then selling them for a profit after the hype, the users pointed to secret wallets that they said Chastain used to launder his gains. By locating the CryptoPunk NFT he had displayed, they were able to find his main wallet, where they said he had been funneling the profits.

Soon after the revelations, Chastain resigned, with some media reports indicating it had been at the request of OpenSea CEO Devin Finzer. The company did not get into the specifics but said it did ask him to leave. After departing the company, Chastain went on to work for an NFT platform called Oval, with which it appears he is still affiliated. He is said to have made about $67,000 from the allegedly illicit trades during his time at OpensSea.

The DOJ Case against Chastain

The dual charges against Chastain, the first of their kind for an NFT case, were for money laundering and wire fraud. Together they carry a total of 40 years in potential incarceration.

In their release, the DOJ accused him of flipping “dozens of NFTs” that he had chosen to feature on the OpenSea marketplace, earning 2-5x gains per trade. The authorities also noted that he had used anonymous wallets and accounts on the platform to launder his profits.

In a statement, US Attorney Damian Williams said that while NFTs may be a recent innovation, “this type of criminal scheme is not.” He continued that Chastain had betrayed his employer by using its confidential information for profit, adding that his office was committed to fighting insider trading “whether it occurs on the stock market or the blockchain.”

Chastain’s Impact on the NFT Industry

According to former US Securities and Exchange Commission (SEC) lawyer Alma Angotti, the charges against Chastain could lead to NFTs being treated the same as securities going forward.

The prosecutor’s use of the term “insider trading” is a first in a crypto or NFT case, and until now, the term has been used exclusively in reference to securities. Angotti believes NFTs may well qualify as securities under the Howey Test, which is used to decide if something is an “investment contract” and thus a security, requiring registration and disclosures.

“If you’re buying a piece of an NFT and hoping the price will go up so you make money from it, that’s not very different,” she said.

New York-based crypto attorney Max Dilendorf said the case may mean that authorities are preparing to crack down on the NFT industry, saying that charging Chastain sends a “very, very loud message” that regulators consider policing the industry fair game.

“It’s so easy for regulators to build a money-laundering case, and it’s so hard to defend against one,” he explained.

While it may be hard to look at the potential 40-year sentence faced by Chastain and not think that this is too harsh, there would appear to have been a very clear ethical violation and lapse in judgment on his part. And although Chastain maintains his innocence, it’s very likely some kind of compromise will be reached that sees him serving a fraction of the time.

Whether it happens this year or next, it’s all but inevitable that NFTs will soon be more tightly regulated than they are today. It’s true that the designation of NFTs as securities would carry significant burdens that could complicate the efforts of many projects to get off the ground – and yet perhaps that might be a good thing. As everyone knows, the NFT space is full of rug pulls, insider trades, and all other species of fraud.

In order for a marketplace to thrive where consumers can have confidence they are getting a fair deal, increased regulatory clarity is a must. The main question is whether it will come off the back of a new framework tailored to the complexities of NFTs or just tossing them into the same pile as the stock market. It is a question likely to be answered sooner rather than later. 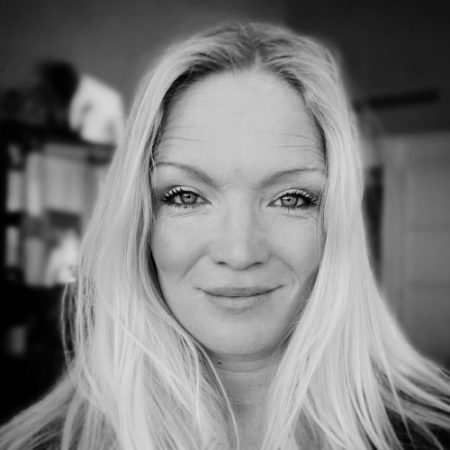 Validation by Regulation: Getting Over Crypto’s Existential Crisis