In the News, Singapore DPT regulation

The head of the Monetary Authority of Singapore (MAS) has announced plans for new crypto regulations that are aimed at protecting investors in the space from their own lack of knowledge regarding the risks that cryptocurrencies pose.

At the Green Shoots Seminar on 29 August 2022, Mr. Ravi Menon, Managing Director of MAS, said that surveys show that retail crypto trading continues to grow sharply both in Singapore and worldwide, as traders and investors are drawn in by the prospects of getting rich quickly despite safety warnings, while remaining “irrationally oblivious” to the risks of cryptocurrency trading.

You can view Mr. Menon’s speech in its entirety below:

Menon said that MAS contemplated “adding frictions” on retail access to cryptocurrencies, which may include customer suitability tests and restricting the use of leverage and credit facilities for cryptocurrency trading.

Also pointed out were market manipulation tactics such as cornering and wash trades that mislead and deceive market participants about prices or trading volumes. These actions “compound the inherent volatility and speculative nature” of cryptocurrencies and can severely harm consumers. As a result, according to Menon, there is a greater impetus now among global regulators, including MAS, to enhance regulations in the crypto sector.

Singapore’s stronger stance against cryptocurrencies appears to be a surprising u-turn after the island state built up a reputation as a strong financial hub that provides a sophisticated but friendly regulatory framework and licensing regime for crypto companies, which has helped it attract a range of virtual asset service providers (VASPs) like Gemini and Huobi to its shores.

In 2021, nearly $1.5 billion was invested in Singapore-based crypto firms, representing 10 times that of 2020, and almost 50% of that in the Asia-Pacific region.

However, a slew of recently failed Singapore-based crypto companies and projects have caused immense damage to crypto markets, and are not currently under the direct oversight of the financial regulator in terms of conduct and consumer protection. These include the catastrophic collapse of Terra Luna and Three Arrows Capital and other firms that have defaulted due to the contagion that resulted in the collapse of Terra and 3AC.

Viewed now as the result of reckless behavior and lack of risk management, these implosions resulted in billions of dollars in losses for both institutional and retail crypto investors, and sullied Singapore’s stellar brand as a well-regulated and trusted crypto destination. Therefore, it was widely expected that MAS would crack the whip in response and roll out more stringent legislation in order to protect investors, especially after Menon said in June that MAS would be “unrelentingly hard and brutal” on crypto firms that behave badly.

The MAS will ask for public feedback on its proposed ideas during October, but reviews by global regulators continue unabated.

MAS’s new licensing regime launched in 2020 attracted over 180 crypto companies to apply for a digital payments service license, but with only two dozen applications successful due to a ​​“painfully slow” and “extremely draconian due diligence process” that still carries on, in the words of MAS chief fintech officer Sopnendu Mohanty.

This has led to exchanges like Binance ceasing operations at the behest of the regulator, while other big VASPs like Crypto.com persevered with eventual success. Sygna clients Independent Reserve and Coinhako (see our Travel Rule solution case study here) also received licensing approval from MAS.

As crypto markets tumbled worldwide in response to record inflation and quantitative tightening, MAS in January this year rolled out curtailing guidelines for crypto trading firms who want to advertise their services in public.

While MAS’ seemingly opposing stances on digital asset activities and speculation might appear contradictory, it is not, according to its chief.

Menon certainly didn’t send out any mixed signals with this clear message about his and MAS’s intentions for the crypto sector going forward:

“Yes to digital asset innovation, No to cryptocurrency speculation.” 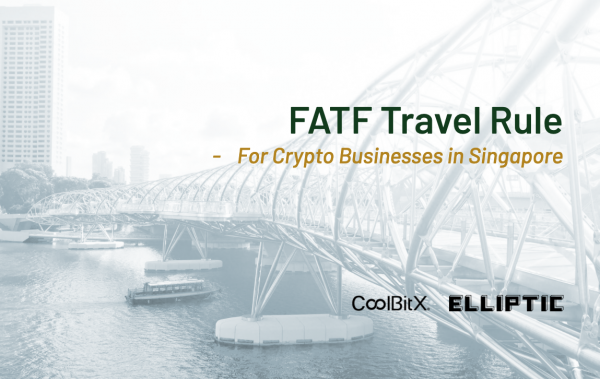