UK law enforcement is calling for the increased regulation of coin mixers, a technology that allows cryptocurrency users to enhance their anonymity by concealing their transactions and identities. By the looks of it, regulators are seeking to rein in decentralized mixers, such as the mixing protocol Tornado Cash and the CoinJoin mixer used by the privacy-focused Wasabi Wallet. Concerns over illicit finance and money laundering are fueling the scrutiny on both sides of the Atlantic, as last week’s Senate hearing where Senator Elizabeth Warren infamously tried to grill Chainalysis co-founder Jonathan Levin on coin mixing and the ability of Russian oligarchs to use them to evade sanctions.

In this article, we’ll take a look at what coin mixers are and who uses them, why the UK thinks they should be regulated, as well as how the industry appears to be responding.

What Is Coin Mixing?

Coin mixers are cryptocurrency exchange services used to make the flow of crypto funds more difficult to follow. The process involves the mixer receiving a deposit of cryptocurrency and then spitting out a bunch of smaller piles of various tokens to an address provided by the sender. The fee taken by the mixer is usually about 1-3% of the total. Some of the major mixers include Helix, Bitcoin Blender, Coinmixer.se, Tornado Cash, and CoinJoin.

While it would seem that coin mixing would appeal only to criminals, that is not necessarily the case. In the crypto space, there are many privacy-minded individuals and entities with valid reasons for wanting to hide their identities and transaction records. Some of these are companies that might wish to see their actions concealed from competitors, high-net-worth users looking to avoid getting hacked, as well as libertarian idealists with a strong belief in privacy.

It’s worth pointing out that crypto mixers are not a 100%-effective solution for people looking to hide their identities and crypto. In the case of the $40 million Binance hack, most of the mixed stolen funds were eventually located and recovered.

Why Does the UK Want to Regulate Coin Mixers?

The UK’s National Crime Agency (NCA) is calling for the mixers to implement know-your-customer (KYC) checks as well as keep track of the audit trails of the tokens that cross their protocols. Gary Cathcart, the NSA financial investigations chief, has said that since it is already difficult in most cases to determine the owner of a crypto wallet, users have nothing to fear from increased KYC on coin mixers.

He explained that companies would only be hassled by law enforcement in cases where there were court-approved orders. Cathcart compared the current role mixers play in laundering crypto to the one cash plays in the traditional system, allowing it to be moved back into the legitimate sphere after a wash. The chief went on to state that he wishes to see mixers regulated by anti-money laundering (AML) laws so as to better fight ransomware and terrorism, among other illicit use cases.

Although sanctions against Russian oligarchs in the wake of the country’s invasion of Ukraine have not yet been mentioned by the NCA in regards to coin mixers, the crypto forensics company Elliptic reported its discovery of a large wallet potentially tied to sanctioned Russian individuals just the day before the NCA statement.

The Response from the Crypto Community

So far, it seems like the businesses being targeted over coin mixing are rushing to comply, for example zkSNACKS, the company behind Wasabi Wallet, announcing that it will ban some Bitcoin transactions from using CoinJoin.

In a somewhat related incident in February 2022, the crypto exchange and lending platform BlockFi agreed to pay $100 million in fines to the US and refuse “tainted coins” as well as recalibrate its registration policies to comply with existing AML laws.

The move for big industry players appears to be to take AML regulation seriously – or even the threat of it – and then get on with business.

As crypto continues to evolve, it’s only natural that regulation must go hand-in-hand with its development, and as much has been said by the heads of major crypto exchanges, such as Sam Bankman-Fried of FTX, among others.

With the Financial Action Task Force (FATF) continuing to promote the implementation of its Crypto Travel Rule across many jurisdictions, the methods of concealing illicit crypto flows continue to shrink by the day. The NCA’s call may mark the beginning of a trend, with the stepped-up attention to coin mixing likely to be seen in other countries as well.

While coin mixing certainly has its legitimate use cases, fully unrestricted and unaccountable use of the technology is unlikely to go on indefinitely. More and more, it would seem that when regulators come knocking, the large businesses in the crypto space are almost universally inclined to answer. 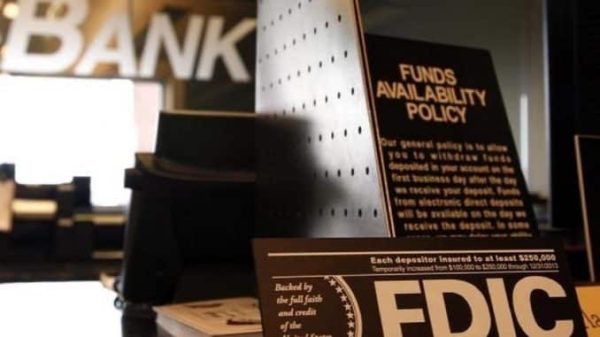